Mise-en-scène solo show. Using the canvas as a stage, Aurélie Galois presents multiple single scenes depicting images that seem to be drawn from mythological, historical and biblical sources. The various elements of the work—movement of subjects, sets, costumes, objects and lighting—help express the artist’s vision of women’s power and the treatment of women in art.

Several stories included in the exhibition involve portraiture to influence or challenge the verisimilitude of the themes or to suggest the figures’ state of mind in the eyes of its viewers. “Mise-en-scène” references artistic and literary topos that characterized the production of visual arts from the 14th and 15th century featuring heroines, conflicting ideas about gender roles and elements of role reversal in society. 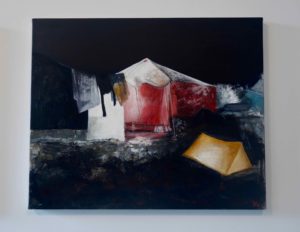 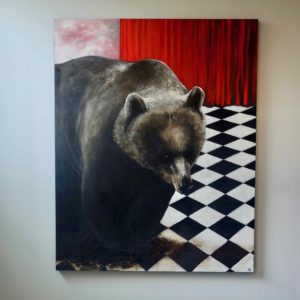 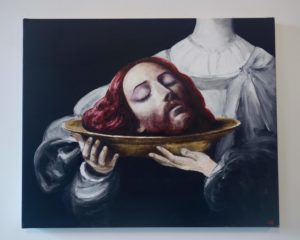 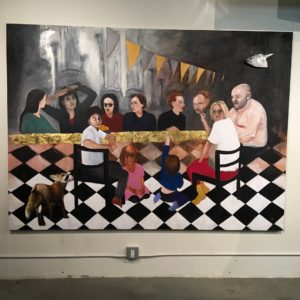 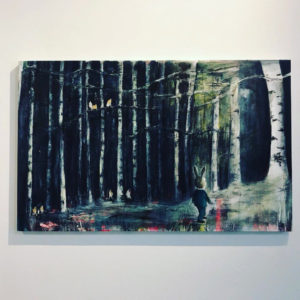 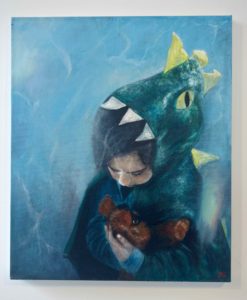 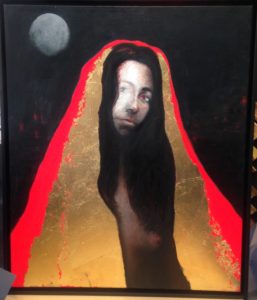 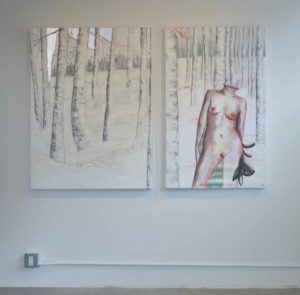 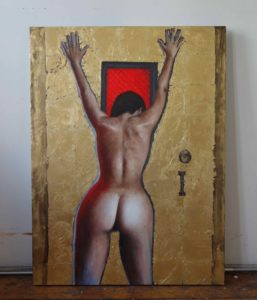 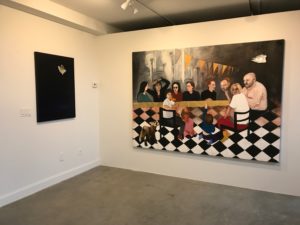 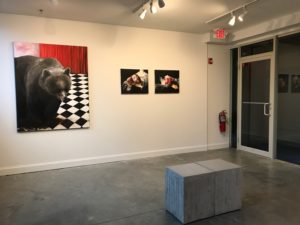 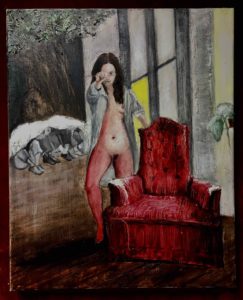 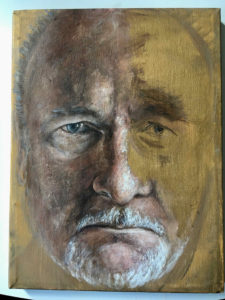 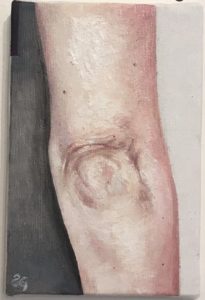