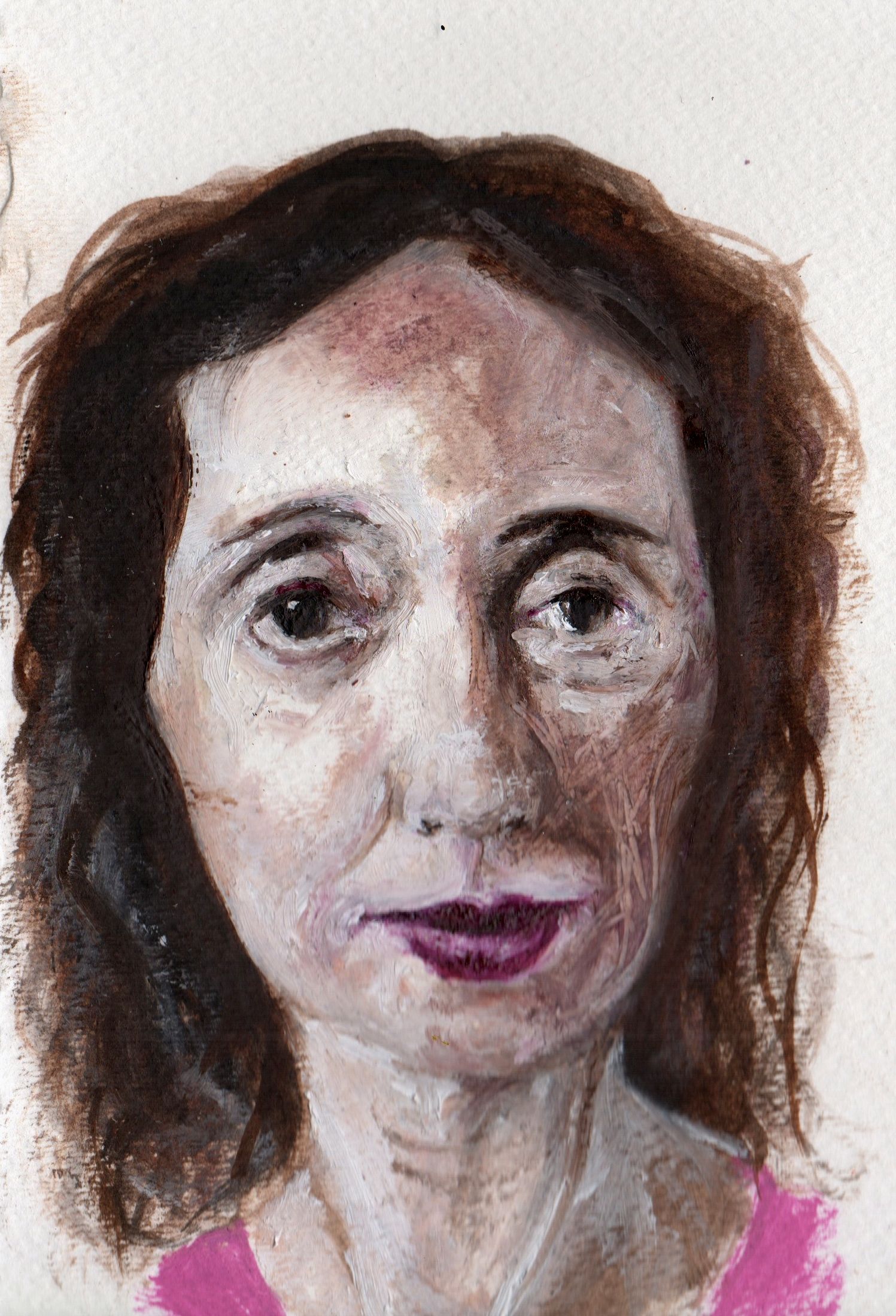 As usual, she wears pleated clothes which underline her lean yet  feminine allure that hovers somewhere  between angles and curves. The German painter Lucas Cranach (1472-1553) who cherished oblong-shaped faces would have made her his favorite model. Before she starts reading a piece of the latest of her countless works, she performs her show on the stage of the Coolidge Corner theater, complaining about the AC, getting her desk removed, making fun of herself in front of a subdued audience. Eventually, in a flawless diction, her voice gives life to her words. JCO is the author of true victorian page-turners. “It’s like meeting Beyonce, says the young chubby boy who drops a stack of books, as high as a tower, on the table where the famous writer is signing her opus. She thanks him, asks if he’s a writer, graphs her slender signature on the books and turns her head towards the next in the line. We look like we are queuing at a food bank.

Last year I came for the same signature. I had brought the small painted portrait I made of her. Her agent, a funny bon-chic-bon-genre woman, saw it and gave me some clever advice : “Don’t give it to her ; ask her to sign it and keep it…” This year I brought nothing, except a copy of “Lovely, Dark, Deep”, and a bunch of questions. But the woman who was so alive, fast and cheeky, joking and scathing earlier had vanished. In front of me sat an exhausted soul, the face concealed behind a white coat of foundation. Her immense eyelids lift slowly, and an absent look falls on her excited readers. My turn. Who knows which one is the most intimidated, between her and I ? I barely hear her weary voice asking “who is the dedication for?”. That very second, I’ve conducted enough interviews to know that I won’t get what I want in such a short time. So I eat my words, swallow my pride, and give my name written on a yellow post-it note. Catching the polite smile she offers me, I lean over her and ask the worse question a writer could hope : “Ms Oates, what is your favorite word ?” A spark lights her pale not-quite-brown eyes. Her hands raise, her fingers pinch the air, her purple lips hmm. No hesitation. “Actually I love one word specifically, that describes the sound of the wind in the trees, rustling the leaves.”  She takes her pen back and writes under our 2 names the word “soughing”. Unpronounceable for my French tongue. Like a secret and magic password full of promise. AG