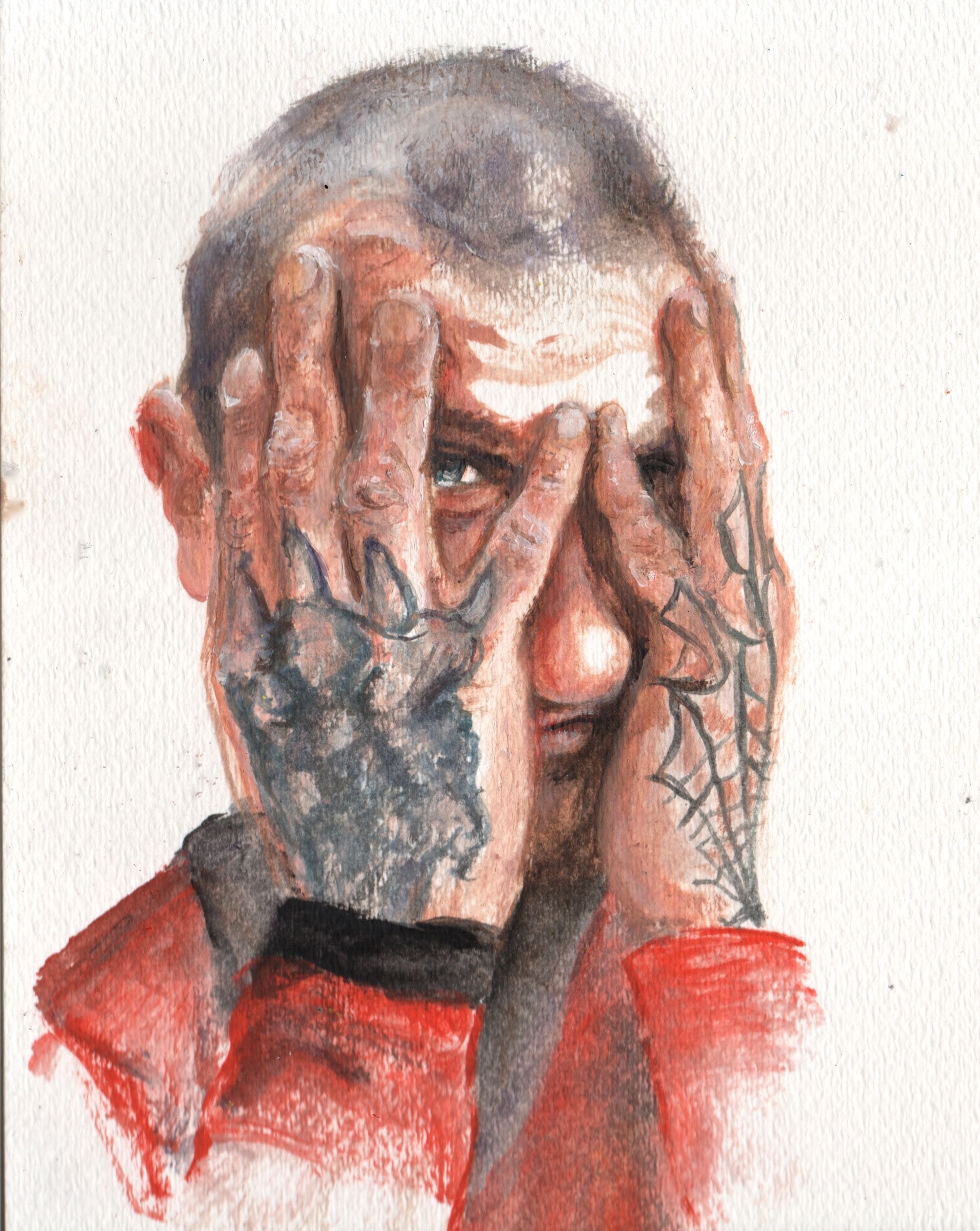 Ten years ago, Raymond Earl’s hands transformed into a paw with sharp claws and a spider’s web. Since then he goes by Spider, in memory of his 2 friends who gave him that nickname, both dead from an overdose. “Drugs and alcohol are major issues in the street. It takes your problems away for a while, I used to think like that, but then they are back, right in front of you.” Today, Spider tries to face his problems. He was sober for 8 months, when he arrived in Boston, and clean for 2 months. “It’s a heavy cross to carry but I go to my AA meeting everyday, I go to the church and instead of picking up bad stuff, now I pick up a pen.” With dozens of homeless people, Spider belongs to the Black Seeds Writers Group, whose output is gathered in The Pilgrim magazine (cf James Parker FF#14).  The group meets at St Paul’s Cathedral. I see Spider put his glasses on, grab a yellow notebook and fill several pages in a row. His dream is to see one of his articles published in a national newspaper. His writings are realistic poignant testimony about his life in the street, his feelings and inner conflicts, and opinion pieces about the state of the world/the city/the system. I don’t dare to talk about the other enemy in the street, winter. Long Island shelter was just closed, leaving hundreds of persons in the cold. As our conversation goes forward, his head rises, his voice raises. His pale blue eyes, from the refuge of their sockets, reflect the lights and shadows of 50 years. He tells me about his “wanderer” youth, his departure from Ohio where the “2 ladies of his life”, his aunt and his mother lived. When they passed away, Spider hit the bottom. But then he embraced his pain and left, away from an environment that was killing him slowly. Holidays are hard on him, he misses his family, especially his little nieces and nephews that he’s dying “to see on Christmas morning, running around and screaming at the top of their lungs.” But he has to focus on him first, he doesn’t want to slip after so much effort. “People tell me I look better.” When the discouragement and  his olds devils approach, he takes a walk or a book.”Reading is my favorite thing. I just ordered 9 of the 14 fantasy novels written by Terry Goodkind, The Sword of Truth.” The pastor comes by, asks Spider if he comes for Thanksgiving. What would Spider be thankful for ? The love and memory of a mother (to pin it, he’ll get a portrait of her tattooed on his back),probably.  This talent for prose that opened unexpected horizons, maybe, too. And surely, marvelous friends accompanying him along his journey. A quote by William Blake opened the writing session that day. Let’s end ours by another one, that rings so true : “The bird a nest, the spider a web, man friendship.” AG